The past haunts those who can’t let it go, but what it if those ghosts threaten your future?
Daisy, now a business woman working only with legal ventures, has changed her life for the man she loves. Idris changed his life for her, as well. But when faced with an opportunity to take on a case with a personal connection, does he keep his word to Daisy or right the hurt from his past?
As a detective who’s moved out of the undercover world, Idris isn’t adverse to danger. In fact, he finds himself seeking it. He just isn’t prepared for what that means for Daisy, and neither is she.
Can future hold enough promise that Daisy and Idris are willing to let go of the past? 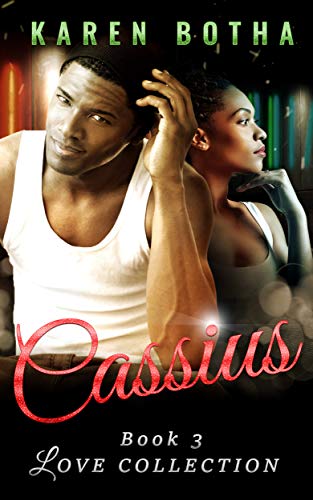 Falling in love is a dangerous game, especially when you don’t know the players.
Cassius makes it his business to know who is gets involved with. You don’t become notorious without making the right moves. After taking out his opposition, he’ll be the unchallenged kingpin in London. In all of England. But he needs to move fast to align the pieces.
But what about the piece he never counted on? What about Jazmin?
After the tragic loss of her husband, Jazmin never believed she would be whole again. Then Cassius made all the right moves.
Can Jazmin love again, or is this just too good to be true? Can Cassius make her understand the dangerous game he plays?

The Layover (The WanderLynn Experience Series Book 1) by L. Loren.

Vivacious, witty and feisty, Lynn Sutton is living the life she desires, with the smarts to match and no strings attached. As the successful owner of a luxury travel concierge service, she is building an empire that only a goddess like her can handle. Until one day, life throws the ultimate curve ball when she loses her only sister in a tragic car accident, and becomes the sole guardian of her niece and nephew. After years of focusing solely on the twins and her career, Lynn is left with the empty nest syndrome when the twins go off to college. She decides it’s time to refocus on herself and her love life. And she’s got her sights set on one man…Connor.
Wealthy and intelligent, Connor Wyatt has never found his true love. Trapped in an arranged and loveless marriage, he craves the one thing his wife refuses to give him, a family. When he meets the beautiful aunt of the young man he is mentoring, she immediately awakens his dormant heart and loins. When his marriage falls apart, he renews his friendship with the beautiful and curvy Lynn in the hopes that he can rekindle a fire that has been smoldering within for years. And an unexpected flight layover brings Connor the chance of his lifetime.
The chemistry between the two is undeniable, but outside forces threaten to douse their inferno forever. Will this love connection finally be made? Or is it already too late? 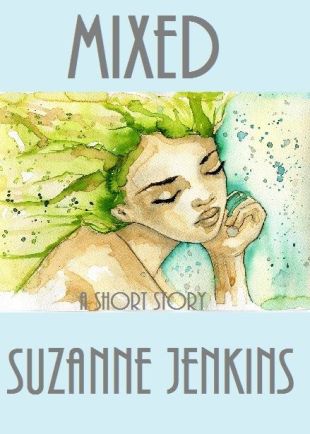 Thinking her life was ruined after her boyfriend left for another, a chance encounter brings two people together in a quest for safety, freedom, and love.

Get your FREE copy of Mixed: https://dl.bookfunnel.com/hldb7bigx6

Law of April by Suzanne Jenkins is part of the Without Limits boxset.

Love, Passion and Desire.
All powerful and often times uncontrollable emotions. Not knowing when they will strike or the depths that they’ll reach, it can be scary, exciting and in some instances completely consuming.
Exciting and scary all at the same time, love takes hold when least expected, proving that love is colorblind. 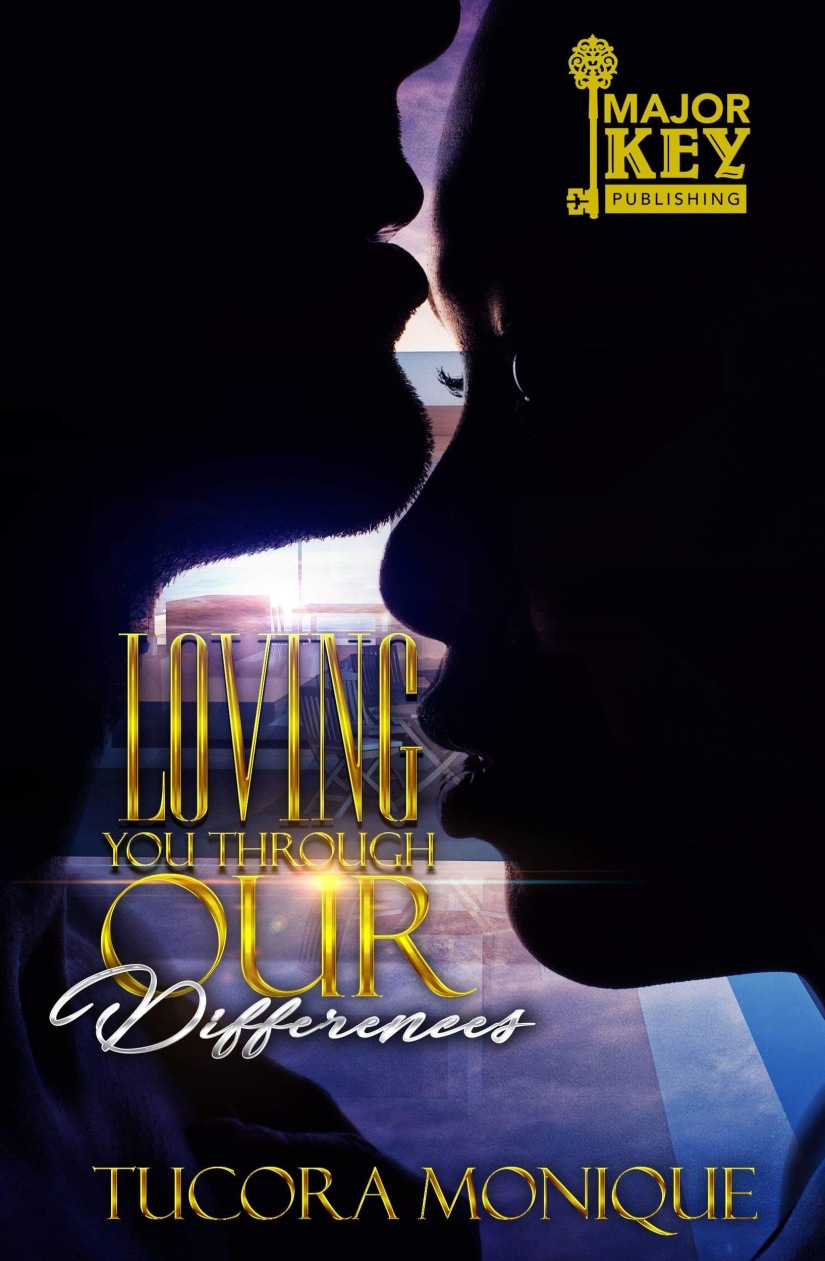 Loving You Through Our Differences by Tucora Monique.

Weighed down by traumatic memories of her childhood, Billie G. Brice buries herself in the sheets of different men’s beds, using sex as a distraction. Committing solely to establishing her business, Billie is maneuvering through her days with tunnel vision—until her path is obstructed by Leiland Greyson.

​But what happens when even the sweetest distraction turns bitter?

Will Billie be a hindrance?

Will Leiland become a crutch?

Is love enough to make it through their differences?

There was absolutely nothing Madison wanted more than to be savored, enjoyed, and loved for every inch of her true self—inside and outside. Hungry with an insatiable desire for passion and the ability to give herself fully to another, she discovers a handsome stranger, who can fulfill her every wish and she is willing to do anything possible to gain his adoration, but there’s a catch.

As the two grow closer together she discovers hidden jewels and hellish facets to herself and life that she never experienced before. Highly intelligent though lacking confidence, Madison’s pain is deeply experienced and brought to the surface as this stranger discovers the entirety of her—insecurities and all.

Yet just as her dreams are finally beginning to come true, someone steals her life’s research? Was it her best friend? Her father? The assistant? Or the stranger she thought she could trust? Will she survive this deception or lose herself and everything she has worked for?

Cut doesn’t like to sh*t where she eats. This means, when it’s time for needs to be met, she goes out of town to find a lucky guy. She never goes back twice.
Well, except this one time!

Caleb West
Caleb tried…after the second time when she gave him the brush off. He vowed it was done. He wouldn’t look up the license plate of her bike. He wouldn’t go to her house and find out what her fucking problem was.
Nope, he was going to let it go!

Trent (Across the Aisle Book 1) by Xyla Turner.

Bernadette:
The point of becoming an escort was to pay for my law degree.
Period.

One more year and a hefty tuition bill had me rethinking my no sex rule with clients. One exception to this rule with one client
that changed my entire life.
He was rude, opinionated, prejudiced and downright ignorant. For him to have an affinity for a certain type of woman, he surely didn’t know how to talk to them. He knew how to have them screaming his name.
Outside of this, my one wish was that he would STFU.
We had five nights only and I was counting down to the hour until I wasn’t.
Five turned into fifty. Hookups turned into sleepovers. A client turned into a significant other.
But how?
Why?
For goodness sakes, he was a damned Republican!

Trent:
A man over fifty is afforded the privilege to say and do what he wants.
Period.
The criteria for my escorts were black women.
Period. 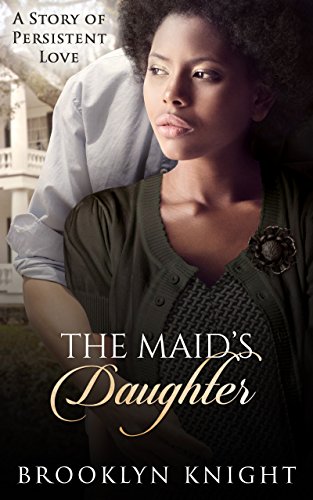 The Maid’s Daughter by Brooklyn Knight.

William Cooper has a problem: it’s 1952 in Beaufort South Carolina, and he’s in love with the maid’s daughter, Naomi Jackson. Despite Naomi’s apprehension, the two teenagers engage in a forbidden romance, which lasts two years, until William’s mother discovers their secret. Everything is irrevocably changed. William is sent to school in Massachusetts, and Naomi is shipped off to Seattle. To William’s devastation, his mother has effectively severed the ties he had with the only girl he has ever loved and he is forced to move on with his life.
Forty years pass before fate allows William and Naomi’s paths to cross again; but now, William is a married man whose wife has been diagnosed with a potentially life-threatening illness, and Naomi is retiring from the nursing profession. Naomi could never have prepared herself for a spontaneous reunion with William – a reunion which forces both of them to confront the menacing ghosts of their past. But will she be able to prepare herself to act as the private nurse for William’s dying wife? And will she be able to handle the hidden family secrets that are brought to light once she returns to her hometown?

What happens when Interracial Love and Afrocentrism collide?

All Dylan Hamilton knows is that he loves the vivacious and vibrant Laila Renaud, and would do anything to make her happy; including support her decision to work at the firm owned by his arch nemesis, Michael Sawyer.

All Laila Renaud knows is that Dylan Hamilton means the world to her, and there has never been another man to love and support her, the way he does.

But the minute Michael Sawyer lays eyes on Dylan’s prized possessions – both his woman and his firm – his blinding rage and jealousy ignite, driving him to bring an end to their ‘unnatural’ relationship and force Dylan to his knees.

Will Dylan and Laila be able to defend their special love?

Or will Michael be successful in getting them to doubt everything they think they know about each other… and themselves?

This weekend fall in love with an alpha!

Enter to win a cute tote bag filled with goodies from some of your favorite diverse romance writers.