“No single, sexy-hot white dude falls for a big black curvy woman who has a life-changing secret!”

Upcoming actress, Amara Eze has everything she needs, including a lifestyle others envy.
Single guys have no place on her dating scene. She finds them clingy and demanding.

To her, happy-ever-after is overrated.

But a desperate situation leaves her in search of a single guy as her plus-one date.

Her request? One paid date only. Simple. Straightforward.

But difficult-to-read mansion owner, Bradley Hunt says, a definite no.

He wants nothing to do with the brown-skinned woman with wide hips, stretch-marked cleavage, and glossy heart-shaped lips.

Not today or ever. It ends there.

Yet the mysterious guy who does not fit her lifestyle, stirs wild lust between her thick thigh. His demanding fingers take her to peaks of pleasure she can only name in her fantasy.

A little persuasion is what Amara has in mind.

Why can’t she take no for an answer and leave him the hell alone, Bradley wonders?

Just when she takes her mind off him, his jealous streak roars to life.

Until he finds out she can’t…

When the truth comes out, their lives tumble inside out.

Will Bradley get his heart hooked to one curvy girl and can she handle his hotness…? 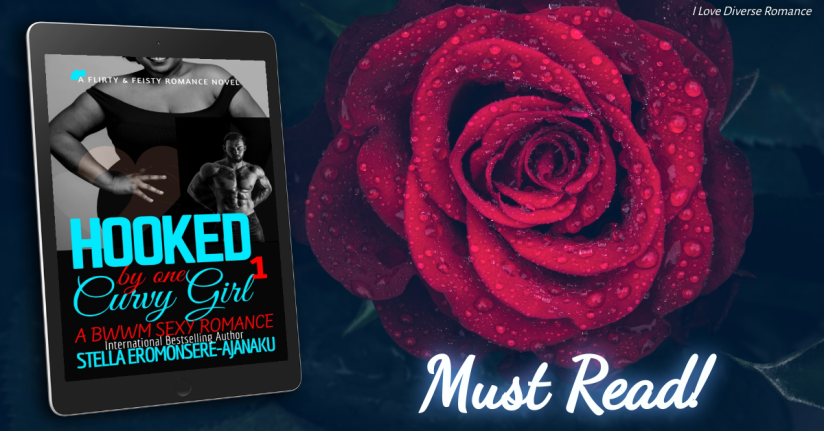 Amara laughed at him with her sexy honey-brown eyes. Then she swept her tongue over her bottom lip from end to end.

The soup bowl almost slipped out of his fingers as his eyes widened in shock. “What?”

“Yeah!” she confirmed, rolling her eyes. “I see the way your eyes flicker when I lick my fingers. Are you hard yet?”

Fire burst into his groin, hardening his length, filling up his seamless boxer shorts.

Then she slid her tongue slowly from the tip of her long nail to the bottom of her finger. She sucked hard, making soft noises as she pushed her finger in and out of her mouth.

Enchanted by her food foreplay, he gaped while his body tightened, fanning the flames scorching his crotch. He grew harder between his legs.

The words sounded as if they were wrenched out of his gut.

He sat still and swallowed his arousal. For a few seconds he bowed his head, wondering how an innocent meal turned very sensual.

“Are you ready to indulge me now?” he heard Amara purr from across the table.

Super-charged from his head to his erection, he was ready to oblige her anything she asked.

Lifting his eyes slowly, he hooked her with a brooding stare of his own. With overheated blood pounding in his ears, he met her gaze as he cut a piece of pounded yam with his fingers after washing his hand.

Without blinking, he dipped the portion into the soup, swirled it around and put it in his mouth, gradually.

After he swallowed, he licked his top lip and trimmed moustache and then his bottom lip in slow motion before licking his fingers one after the other.

Across from him, she whimpered, breaking her gaze.

“You can’t be hot already,” he mocked. “I’m just getting started. I’ve not sucked the sweet juices yet.”

Keeping her eyes lowered as she ate, Amara fanned herself. “Forget the challenge.”

When it remained only a small portion of pounded yam left on his plate, he lifted her chin with his left hand and offered her a piece of cow skin.

Smiling, she blinked and opened her mouth.

He slipped two fingers inside her mouth along with the small piece of meat.

Her mouth closed around his fingers and then she stroked her tongue along the tip of his fingers, tickling his senses wild.

Hot winds seized his arm, bending his will and breaking his control. 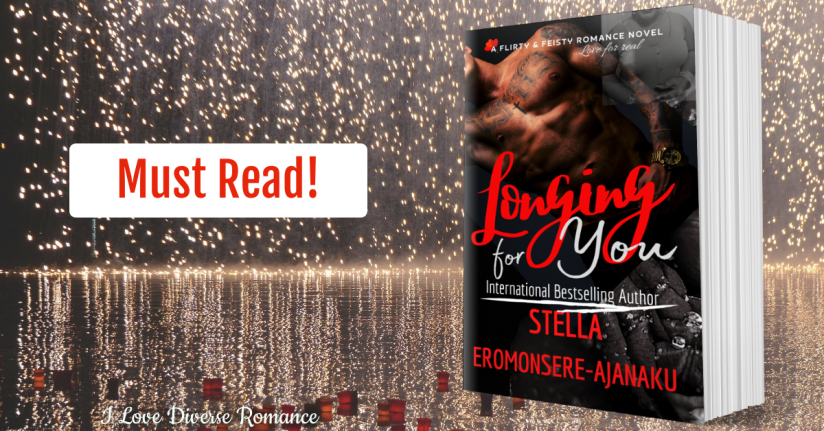 Be sure to check out Stella’s latest release, Longing For You!

Be sure to check out this month’s giveaway!