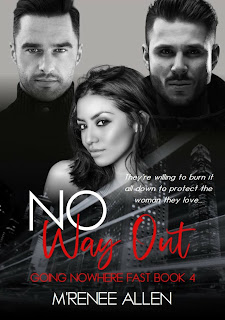 They both want her and they’ll do anything to have her.
What they want is dark, disturbing, and slightly depraved. But that’s not going to stop her from giving in to their demands. Because she wants it just as much as they do.
As a hitwoman, Chelsi Novitski is no stranger to danger. However, she is a stranger to love. When she finally falls, she falls fast and hard. And Alex and Roman are there to catch her. With her men by her side, she believes she can overcome anything. But just when she thought it was safe to let love in, just when she thought it was safe to unleash her wildest fantasies, her world comes crashing down around her and she’s forced to make a tough decision. It’s a decision that will change her life forever. And no matter what choice she makes, she’ll end up losing someone she loves.
First, she has to decide who she loves more: Alex or Roman?
Warning: No Way Out contains scenes that may be triggering for some and it includes a MFM relationship. 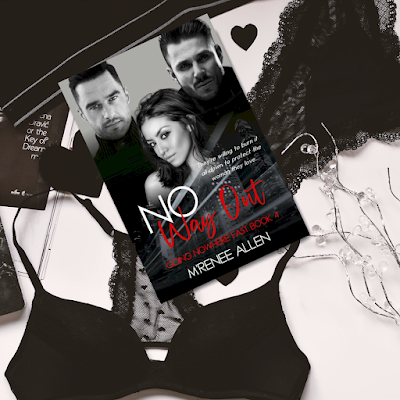 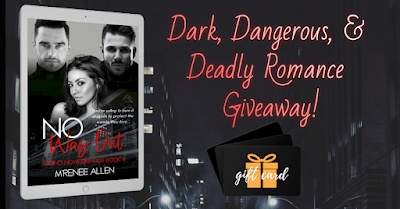 “I love that you treat me like I’m precious,” Chels told them. “But I also want you to f*ck me in all the filthy ways you can imagine. I think it’s alright for me to be precious to you during the day and filthy for you at night.”

“Damn it, Chels.” This time, those words were torn from Roman’s throat.

She could hear the desire, the need, the yearning in his voice. They were almost there, almost to the point of no return. Almost to the point where they could let go of their plan to wait and simply live in the moment with her. Tomorrow wasn’t promised to anyone. It was best to love the ones you had when you could.

Tonight, she wanted to love and be loved by Alex and Roman. She wouldn’t settle for anything other than hours of wild, filthy sex, that left her questioning whether or not she’d ever make it into heaven when she died. 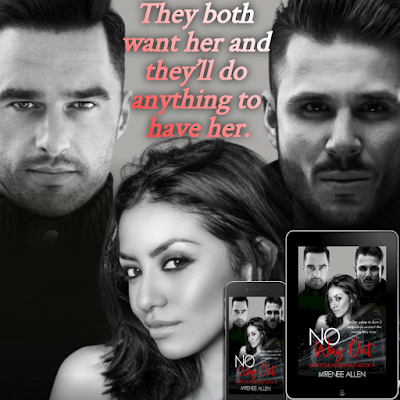 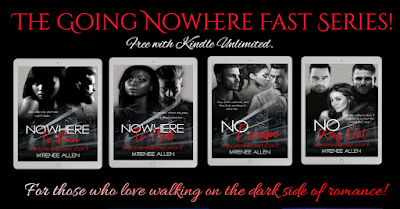 M’Renee Allen is an author of urban romance, drama and horror. She resides in southern Mississippi with her husband. When she’s not writing she’s busy working as a Medical Laboratory Technician. M’Renee also writes under the names, Siren Allen and Monica Garry-Allen. 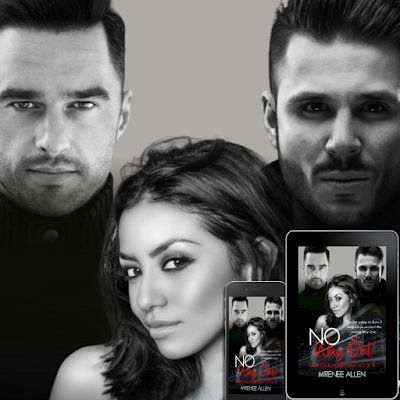