Get ready to fall in love with an alpha from one of this month’s featured authors!

Birmingham, AL has been a hot bed for civil rights since the 1960s. The Lady Guardians Motorcycle Club has been instrumental in continuing the cause today. As vice president of the Birmingham chapter of the Lady Guardians, Lark ‘Lil Mama’ Decker is an integral part of this fight, especially when it comes to police brutality. Things get tricky when a Caucasian security guard saves her from being accosted by a group of aggressive teenagers. Lark finds herself enthralled with this man as they launch into a whirlwind relationship.
Fenton Knoll is smitten with the pint-sized beauty from the first moment he lays eyes on Lark. Too bad she hates cops. When he delays telling her that he is not just a security guard, but a full-time officer in the Intelligence Unit, he is playing with fire. An unfortunate shooting involving a young, black single mother exposes his secret and launches Fenton into the national spotlight, as he fights for his freedom.
Lark has to choose between believing the love of her life, who has lied to her, and her club sisters, who have taken the side of the victim. Both sides believe they are justified in their position. Placed in the middle of a racially charged case, Lark must determine who is standing on the wrong side of right.

This BWWM novel is raw, yet sexy and ends on a HEA.

Available on Amazon and free with KU: https://amzn.to/2Ww4i7E 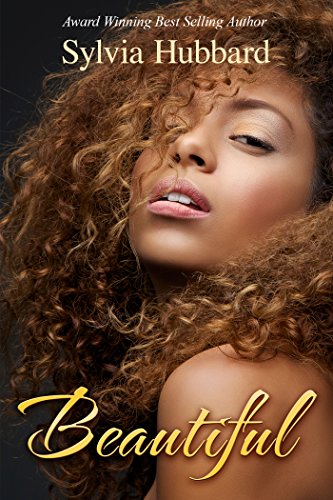 There was absolutely nothing Madison wanted more than to be savored, enjoyed, and loved for every inch of her true self—inside and outside. Hungry with an insatiable desire for passion and the ability to give herself fully to another, she discovers a handsome stranger, who can fulfill her every wish and she is willing to do anything possible to gain his adoration, but there’s a catch.

As the two grow closer together she discovers hidden jewels and hellish facets to herself and life that she never experienced before. Highly intelligent though lacking confidence, Madison’s pain is deeply experienced and brought to the surface as this stranger discovers the entirety of her—insecurities and all.

Yet just as her dreams are finally beginning to come true, someone steals her life’s research? Was it her best friend? Her father? The assistant? Or the stranger she thought she could trust? Will she survive this deception or lose herself and everything she has worked for?

Obsessive Temptation is a limited edition collection of new, sexy BWWM romances, that will tantalize your every desire. These scorching hot tales are page-turning reads, that will entrap you for hours on end. Let us guide you into the world of pure, heart-pounding stories where love has no boundaries.

These alphas are downright possessive and fierce when it comes to the object of their desires.

The stories in the compilation are exclusive and can’t be found anywhere else. Don’t wait, this box set will only be available for a limited time before it is gone forever!

Note: This collection contains material for mature readers (18+ and older) only.

Abandoned by her father at a young age, beauty therapist, Patricia Owusu, has learned the hard way that men can’t be relied on. She’s determined to make it on her own without falling into the cultural trappings of marriage. However, when she finds herself pregnant after a torrid love affair with African-American financial consultant, Ty Webber, she discovers one man’s resolve to stick around.

When Ty discovers Patricia is carrying his baby, he offers marriage, because real men take responsibility for their actions. He isn’t prepared for Patricia’s stubborn determination to make it on her own. But nothing will prevent him from claiming his child or the woman he considers his.

Can Ty convince Patricia to take a chance on him to help provide a loving home for their baby, or will Patricia’s mistrust lead her to miss out on true love and rob her child of the type of father she never had?

Book 1:
Tameka Oliver has one job: dance with the best man at her sister’s reception. Except when they begin to sway to the music, something she’s not trying to feel again washes over her. It’s a heated connection that sends her running out of the reception hall…and far away from Jeb Holloway.

Jeb has her right where he wants her, safe in his arms. Then, she pulls away, leaving him feeling empty mid-dance. Not long ago, he wouldn’t have imagined desiring a woman like Tameka. Now that he’s opened his mind and heart for love without color lines, he’s ready to convince Tameka her heart is safe with him.

Book 2:
Tameka Oliver’s ex-husband made her life miserable when they were together. When he loses his memory, he thinks they’re still married and deeply in love. How does she tell a sick man, not only are they not married, she can’t stand the sight of him and is about to marry another man?

Jeb Holloway has a dilemma. After discovering life without hate and loving it, he falls in love with the woman of his dreams—Tameka. Because of the hidden hate culture in his old circle of friends in their small hick town, he wants to elope to an island and marry her, but how will Tameka react to his plan?

Between Rodney’s memory loss and Jeb dealing with strongholds from his family and old friends, the men in Tameka’s life have enough drama to start a small war in Alabama. Will old town ways win, or will new love prevail?

His touch awakened a part of her she never knew existed.
Kya Leggett’s mission is simple: save her twin sister from the fire-breathing bastards at the Dracon Castle. She hadn’t planned on having one of those bastards show interest in her. She definitely hadn’t planned on letting him touch her in ways that left her gasping for air. Is his interest in her legit? Or is it meant to distract her from what’s really going on at the castle of dragons?

From the second he laid eyes on her, Drax Dracon knew Kya belonged to him.
She’s everything he asked the Fates for: a passionate warrior female who is beautiful inside and out. Now, all he has to do is convince her that she belongs with him at the Dracon Castle. Will she accept him as her mate, or will his fire be too much for her to handle?

This month, there will be three winners.

One winner will win the ILDR tote bag and swag from some of your favorite authors.

One winner will win an eBook from author Empi Baryeh.
Chancing Faith (From Ghana with Love Bk 1)
https://amzn.to/2EKyh1k

One winner will win a signed paperback from Siren Allen.

Enter to win one of these awesome prizes!